Vienna, June 22, 2018 - The Sustainable Development Report 2018 highlights areas where progress has been made in achieving the goals of the 2030 Agenda, but also notes deficiencies in implementation of the goals. The overall conclusion is that the current rate of progress is insufficient to meet the ambitions of the 2030 Agenda and countries as well as stakeholders at all levels – public and private – need to step up their efforts to make sure the SDGs are being met.

While the report presents detailed findings with regard to all 17 SDGs, it also has a special section where it focuses specifically on Goals 6 (Clean Water & Sanitation), 7 (Affordable & Clean Energy), 11 (Sustainable Cities & Communities, 12 (Responsible Consumption & Production), 15 (Life on Land), and 17 (Partnerships for the Goals) as those goals that are most relevant to ensure sustainability on a large scale.

One of the most remarkable conclusions to be drawn from the report is the high degree of interconnectedness of the various SDGs; with progress respectively gaps in one goal considerably affecting other goals as well.

This fact was expressly acknowledged by UN Under-Secretary-General for Economic and Social Affairs Liu Zhenmin, who noted “Transitioning towards more sustainable and resilient societies also requires an integrated approach that recognizes that these challenges—and their solutions—are interrelated.”

For instance, while progress has been made in reducing poverty in its extreme form (Goal 1), economic losses attributed to disasters were estimated at over $300 billion in 2017. This is among the highest losses in recent years, owing to three major hurricanes affecting the United States of America and several countries across the Caribbean, indicating a strong link between poverty reduction and Goal 13 (Climate Action).

A similar situation presents itself when looking at Goal 2 (Zero Hunger). Here, the report notes that, after a prolonged decline, world hunger appears to be on the rise again. For the first time in more than a decade, there are now approximately 38 million more hungry people in the world, rising from 777 million in 2015 to 815 million in 2016. While this negative development is partly attributable to conflict, it also reflects environmental phenomena such as drought and disasters linked to climate change.

The interconnectedness of the various SDGs also becomes apparent when looking at Goal 3 (Good Health and Well-Being). Generally, many more people today are living healthier lives than in the past decade, with the maternal mortality ratio having declined by 37 per cent since 2000, the under-5 mortality rate by 47 per cent and the neo-natal mortality rate by 39 per cent globally in the period between 2000 and 2016. Still, unsafe drinking water, unsafe sanitation and lack of hygiene continue to be major contributors to global mortality, resulting in about 870,000 deaths in 2016. This indicates clearly that Goal 6 (Clean Water & Sanitation) is still far from having been achieved to a satisfactory degree.

The report identifies the most pressing challenges to humankind to be the changing climate, conflict, inequality, persistent pockets of poverty and hunger, rapid urbanization and environmental degradation. The solution is to make societies more resilient in dealing with these challenges. Here, the report identifies certain key goals – namely, the necessity of establishing robust water and sanitation infrastructure, ensuring access to clean and affordable energy, building safe and ecologically friendly cities, protecting ecosystems, and instituting sustainable consumption and production patterns.

These goals are seen as instrumental to the solution of many of the world’s problems – however, the report clearly shows that still more efforts are necessary to achieve them. For instance, while general progress has been made with regard to Goal 7 (Affordable & Clean Energy) - the proportion of population with access to electricity has more than doubled between 2000 and 2016 - it is equally true that vast inequalities, in particular regional ones, still persist. Low- and middle-income countries are seeing the fastest declines in energy intensity and vast parts of Africa and Asia are still without electricity. Similarly, with regard to Goal 6 (Clean Water & Sanitation), findings show that in 2015, 2.3 billion people still lacked even a basic level of sanitation service and 892 million people continued to practice open defecation.

These goals 6 and 7 refer to basic services, without which Goal 11 (Sustainable Cities & Communities) cannot be met. In a world where more and more people live in cities, it becomes ever more important to identify and combat problems such as worsening air quality and insufficient basic urban services and infrastructure. Currently, the physical expansion of cities outpaces population growth at a rate of 1.5 times, highlighting the need for a better urban infrastructure and more efficient transportation systems. Of particular importance is also the implementation of disaster risk reduction measures to ensure the safety and resilience of the world’s cities.

With regard to SDG 12 (Responsible Consumption & Production), the report sees progress in that increasingly, countries, multinationals and large companies are developing policies to promote sustainable consumption & production, a development that is at least partly attributed to their commitment to the UN SDGs. However, the “material footprint” of the developed countries is still far larger than that of the developing countries, even though the latter’s has increased as well. Now, the problem is that such increase in the material footprint is necessary to enhance the living standards of the growing population in the developing world. At the same time, however, it is important to reduce the use of raw materials and increase their recycling in order to minimise the negative impact on the environment.

Goal 15 (Life on Land) shows encouraging developments in some areas, while others still give rise to concern. Forest loss has slowed and a growing number of forest areas are being sustainably managed, with integrating policies and practices having been put in place to protect forest ecosystems. All regions continue to make progress on protecting areas that are crucial to global biodiversity. On the negative side, land degradation is increasing, due to the need to provide food, energy and shelter. Biodiversity loss has likewise accelerated.  The conclusion is that more proactive measures are necessary to ensure the sustainability of ecosystems.

More commitment is also necessary on the part of the national governments, the international community, civil society, the private sector and other actors to achieve Goal 17 (Partnerships for the Goals). Here, statistics show that official development assistance dropped slightly in 2017, which is mainly attributed to lower spending on refugees inside the respective donor countries. This decrease is especially noteworthy in view of the fact that only five DAC countries - Denmark, Luxembourg, Norway, Sweden and the United Kingdom – meet the benchmark set by the United Nations for ODA contributions in the first place. The UN has stipulated as a target that at least 0.7 per cent of each DAC country’s gross national income (GNI) ought to go to ODA. In reality, though, ODA remained at an overall 0.31 per cent of GNI in 2017, demonstrating clearly that countries are defaulting on this UN benchmark.

Finally, the report stresses the need to step up efforts to ensure the collection, processing, analysis and dissemination of reliable, timely, and accessible data, claiming that, without evidence of the actual SDG situation, it will not be possible to develop a future strategy for realizing the Sustainable Agenda 2030. The technology to collate the necessary data is available; however, it takes political leadership, resources and commitment to use this technology for the purpose of data collection and analysis, concludes the report. 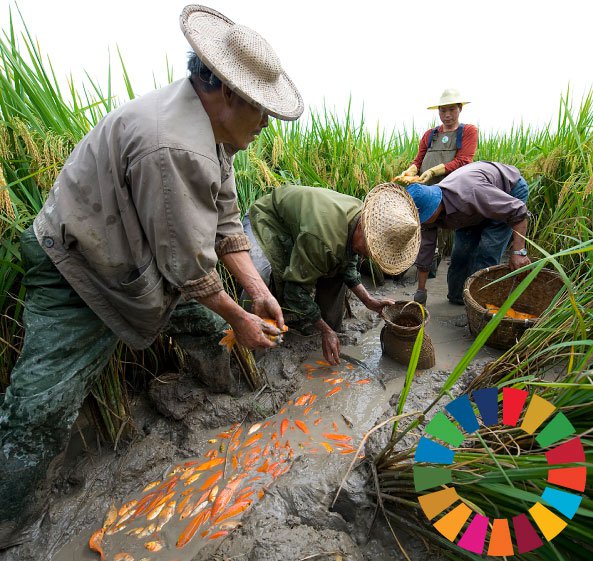