Vienna, November 27, 2018 - Event organizer SDG Watch Austria, a civil society organization that has more than 140 member organizations working towards implementation of the Agenda 2030 and the UN Sustainable Development Goals (SDGs) assessed Austria’s SDG-related efforts at the first Austrian SDG Forum that was held in Vienna last week. What has Austria contributed in 2018 to the realization of the SDGs and where is there still room for improvement in the future? Numerous representatives of various NGOs, the think-tank CEPEI, the Austrian Court of Audit and particularly civil society, took part in what turned out to be a lively exchange of opinions and experience – all centring around the question of which role the civil society should play in the implementation of the SDGs and how it can engage more strongly with government and non-government organizations in the future.

Following the opening remarks of the Head of Ökobüro, Thomas Alge, who welcomed the participants in the name of SDG Watch Austria to the event, and a video message from Federal President Alexander Van der Bellen, who voiced his strong commitment to the implementation of the Global Goals and expressed his support of the event, two young SDG Ambassadors took the floor. In a discussion with Thomas Alge, who, in his opening address, had called on the government to strengthen their commitment to the goals – “The SDGs have to become a top-priority agenda” - Sümeyra Coşkun and Viktoria Pichler addressed the question of how to bring the sustainability goals closer to the public. A different kind of language should be used – more concrete, away from the too abstract wording of the official document, they argued. Conveying the substance of the goals in a more concrete language would make it possible to generate interest among people who, so far, know little or nothing at all about them, said Coşkun, and Viktoria Pichler suggested that every one of us could do something to promote the SDGs. This appeal was particularly directed towards her own generation – after all, young people will benefit most from successful implementation of the Agenda 2030 – but they will also lose most if the Agenda should fail.

The next speaker was Silke Steiner, SDG Representative of the Austrian Court of Audit. Referring to the Court of Audit report titled “Sustainable Development Goals of the United Nations, Implementation of the Agenda 2030 in Austria,” dated July 2018, she concluded that, while there were many SDG-related activities already under way, there was no holistic approach to the implementation of the Agenda 2030 on the part of the government. Steiner pointed in this regard to the lack of systematic coordination of all stakeholders on the federal, regional and local levels as well as the civil society for the common goal of working together on the SDGs. This was much better in other European countries, said Steiner in reference to Austria’s neighbour countries Germany and Switzerland. Austria was also behindhand regarding its reporting to the HLPF (High Level Political Forum). With its plan to deliver its first report on the SDG implementation process to the HLPF in 2020, the Austrian government clearly lagged behind other European countries – after all, 24 European countries had already presented a report, criticized Steiner.

What can (should) Civil Society do?

Following Steiner’s remarks, Philipp Schönrock from Colombian Think Tank CEPEI spoke about the importance of 2019 for the Agenda 2030 – after all, in the coming year, the SDGs will be reviewed, and new guidelines will be set. This would be an opportunity, especially for the civil society, to take a stronger stand and advance the participation of the non-state stakeholder sector, argued Schönrock. He also suggested taking a closer look at the HLPF 2019 of other countries regarding the role of civil society and its political participation there. How is civil society integrated into the implementation process of the Agenda 2030 and where can it exert its influence? Based on these findings, the civil society in Austria should then draw up a report of its own – with suggestions of how to improve non-state actor participation in Austria, he suggested. Another idea aims at the formation of partnerships, for instance with SDG Watch or similar organizations in other countries. At any rate, the overall goal should be to maintain the consensus and the transforming power of the Agenda 2030, concluded Schönrock.

In the panel discussion that concluded the morning of the Forum, Silke Steiner, Reinhold Lang, spokesperson of Sustainable Universities, Anja Appel from SDG Watch Austria and Sylvia Meier-Kajbic, Deputy Director of the Section Development Programs of the Federal Ministry of Europe, Integration and External Affairs, answered questions from the audience. Here, especially Ms. Meier-Kajbic was confronted with many critical questions regarding the so far inadequate implementation of the Agenda 2030 on the part of the Austrian government. Criticism of a lack of coherence and a clear public commitment to the SDGs – that would then also be followed by an adequate budget for their implementation - she responded to with reference to Austria’s positive track record in the field of development cooperation and the manifold activities in this area.

With “Good Practice” to the Implementation of the Agenda 2030

The afternoon session of the Forum offered the participants the choice between two equally informative and inspiring workshops, dedicated to the topics of “The Role of Civil Society for the Implementation of the Agenda 2030” and “Successful Strategies for the Implementation of the Agenda 2030 and their 17 Goals on the Local Level.” Those workshop sessions allowed for vivid discussions in which all participants had the opportunity to make suggestions and present concrete projects. Following the workshops, there was a final round-up with a summary of the various contributions and suggestions.

One important suggestion was to look for new channels to better communicate the work of the various civil society groups and thus strengthen their influence on the implementation of the Agenda 2030.  The networking with political actors had to be improved and should be conducted not just through official committees, but also to a much greater extent through personal contacts. The predominant objective had to be to find financing options for SDG-related projects, was the conclusion of the discussion.

Financing was also one of the main issues under discussion in connection with the Agenda 2030 implementation on a local level. The argument was brought forward that there was frequently too little information about suitable and already existing funding options for projects and initiatives. A concrete suggestion of how to improve this situation was to pull together a catalogue with all the subsidies listed and information on which subsidies were available for which SDGs.

The idea of a catalogue or central information platform was also brought into play regarding the question of how to better connect the various SDG-related initiatives or activities. There should be an activity platform where these are matched with the corresponding organizations in the respective fields – this was one of the suggestions made. Another one referred to the necessity of thorough preparation of projects that are to be implemented on the local level. Solid preparatory work facilitated actual implementation and enhanced the chances of success, was the argument.

These recommendations were presented at the end of a day of productive and rewarding exchange of experiences and information on SDG implementation in Austria. The main conclusion was that, while there are many promising approaches and initiatives, central coordination is still lacking. To establish this central coordination will be one of the main challenges during the next few years.

The Centro de Pensamiento Estratégico Internacional (CEPEI, as it stands in Spanish), is an independent data-driven think tank, working through field-based analysis and high-level advocacy to scale up the participation of the global South within the sustainable development agendas. 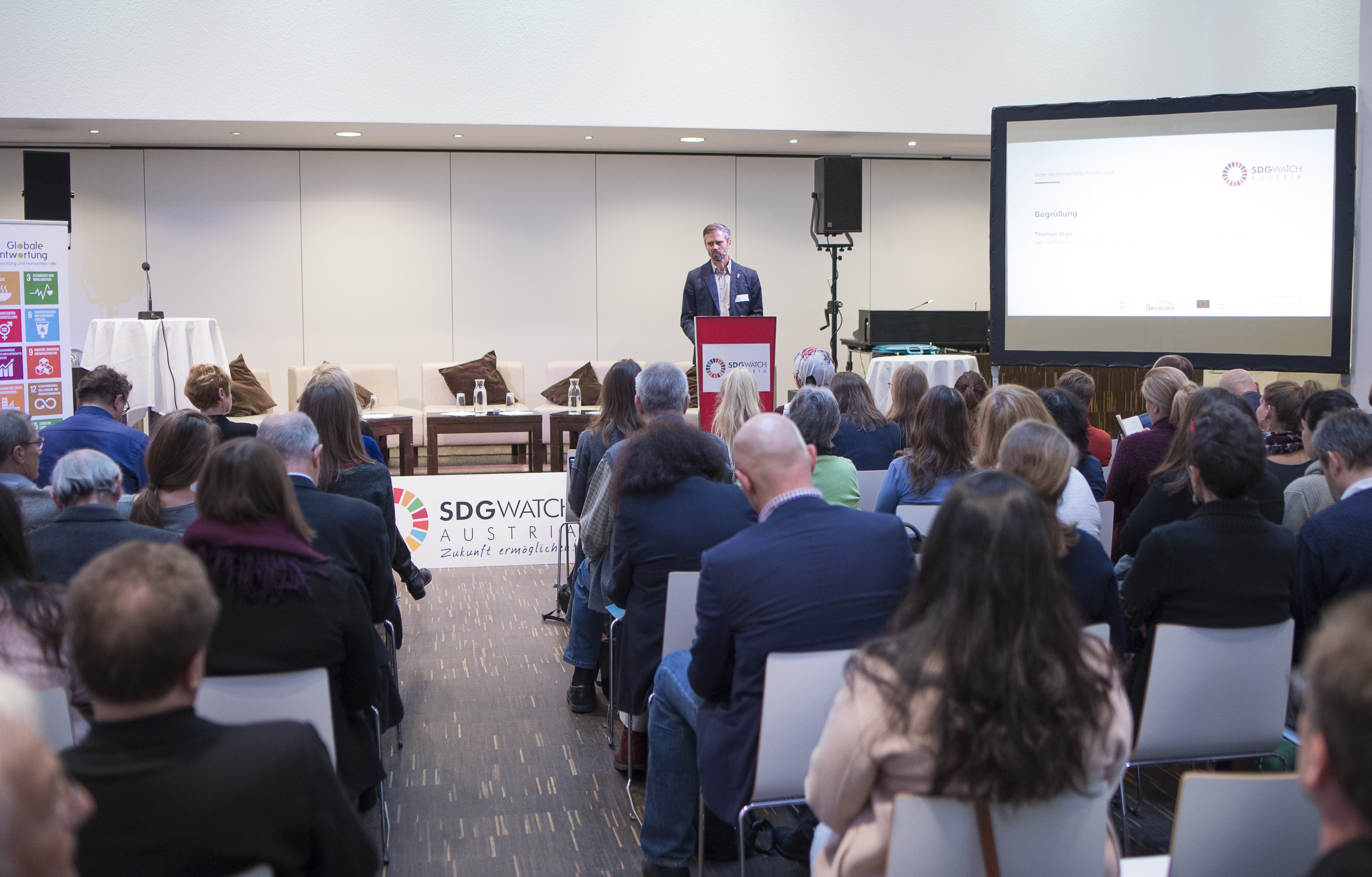